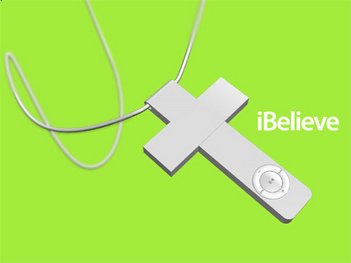 Wearing suggestion: make sure you take it off when, say, swimming or to recharge the battery.
Posted by fCh No comments:

Improving your product/service offering becomes an elusive task, especially when it's been on the market for a while. Companies either focus on improving operational efficiency or add more features, not always in the most rational way. Rational in retrospective, that is.

The exit from the above conundrum is empirically sought in terms of consumer generated marketing, or listen to your customer-type of calls, yet the outcome is seldom optimal. And this is not for lack of theory since at academic level there are several frameworks in which to structure the problem (e.g. in terms of social networks: Modelling Collective Opinion Formation), whereas at a more common sense level, one can always count on books like The Wisdom of Crowds.

To the help of the practitioner comes a piece published last November in Forbes, Collective Opinion. The whole idea is to employ loaded dice in tapping large numbers of customers (tens of thousands) for new product ideas:

An online contest for product ideas is very democratic. The firm commissioning the game gets the ball rolling with some starter ideas but then lets the crowd have its way. Once the brainstorming heats up, there may be hundreds, or even thousands, of ideas in play. But it's best to have only half a dozen to a dozen choices for one player to stare at. So the software dishes out small samples selected at random from the pile. But the selection is made with loaded dice. The ideas that get the most votes in early rounds are most likely to pop up on a screen in later rounds. Over time the popular ideas float to the top of the pile.

Keep it simple
how about half a dozen?

Many a time, product managers come across the problem of ever growing feature sets just as investors, or any professional accessing the internet for that matter, are overwhelmed in the process of decision making. Here's an excerpt from a Motley Fool comment on the need to keep things simple:

The CIA on investing
So with all of their resources, and with all the time they put into valuing these companies, why aren't the "professionals" producing more accurate results? A 1973 report written by analyst Richards J. Heuer at the CIA (yes, that CIA) suggests one answer. In this study, several of the people who set the odds on horse races were tested to determine whether having more information resulted in their making better predictions on race winners. Given 88 pieces of data to choose from, the handicappers, as they're called, were told to choose the five bits of information they considered most important ( e.g., the horse's win/loss record, the jockey's record, the length of the race, and so on). They were then asked to place bets on a race based on their preferred data and to state how confident they were of their predictions.
In part two of the test, researchers doubled the amount of data given to the handicappers. They got their "preferred five" pieces of data, plus five more statistics that they considered of lesser importance. Bets were again placed. Confidence was remeasured. This test was repeated with 20 and then with 40 statistics to work from.

The researchers then analyzed the results and concluded that the handicappers' accuracy did not improve as they were given more and more data. In fact, several handicappers got worse the more data they were fed. But while the accuracy of their predictions didn't increase with the amount of information they had to work with, their confidence in those predictions did. This despite the fact that, by their own admission, the extra data was not as useful to them as the original "preferred five" pieces of information.

Is it a coincidence that Thoreau urged limiting our focus to "half a dozen" things at a time, and that the handicappers picked just as many winning horses with five pieces of essential data as they did with those five, plus 35 others? Perhaps. But coincidence or not, it works.

So, in the case of a new version for a product, bring to your customer's attention no more than a half dozen features!
Posted by fCh 1 comment: